You Are Here: High power processing

The biggest deficit of the USP-processing, compared to competing processes, is the relatively low level of productivity which is determined by the used average laser power. In recent years, USP-laser sources have been developed with average powers up to the kW range that promises a significant increase of productivity for USP processes. However, at such comparatively high average laser powers thermal effects that may limit the benefits of the USP-processing occur. 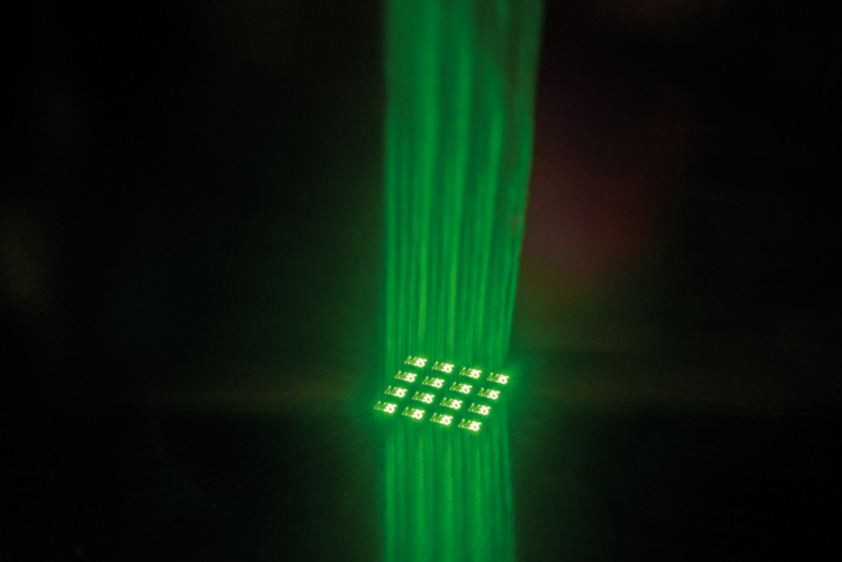 The average power, and thus the productivity of the pulsed beam sources can be scaled using either the pulse energy or the pulse repetition frequency (also called "repetition rate"). To implement the comparatively high average power while minimizing the thermal influence, new optical concepts and beam deflections techniques are used. When scaling the average power using the pulse energy, the laser radiation can be splitted by using diffractive optical elements into a plurality of partial beams. Thus a simultaneous processing with several laser foci can be realized. When increasing the pulse repetition rate, fast scan techniques such as polygon scanner or acoustic-optical deflectors are used to prevent heating of the work piece by the temporally rapidly successive laser pulses. Another investigated approach consists in realizing a two-stage process. In a first process step, using a large average power, a certain thermal influence in form of a melt film is tolerated, which can be removed in an optional post-processing step by using a comparatively small average energy. 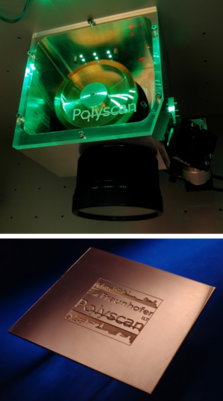 J. Finger, 2014: Effect of pulse to pulse interactions on ultra-short pulse laser drilling of steel with repetition rates up to 10 MHz

Laser material processing at the speed of sound